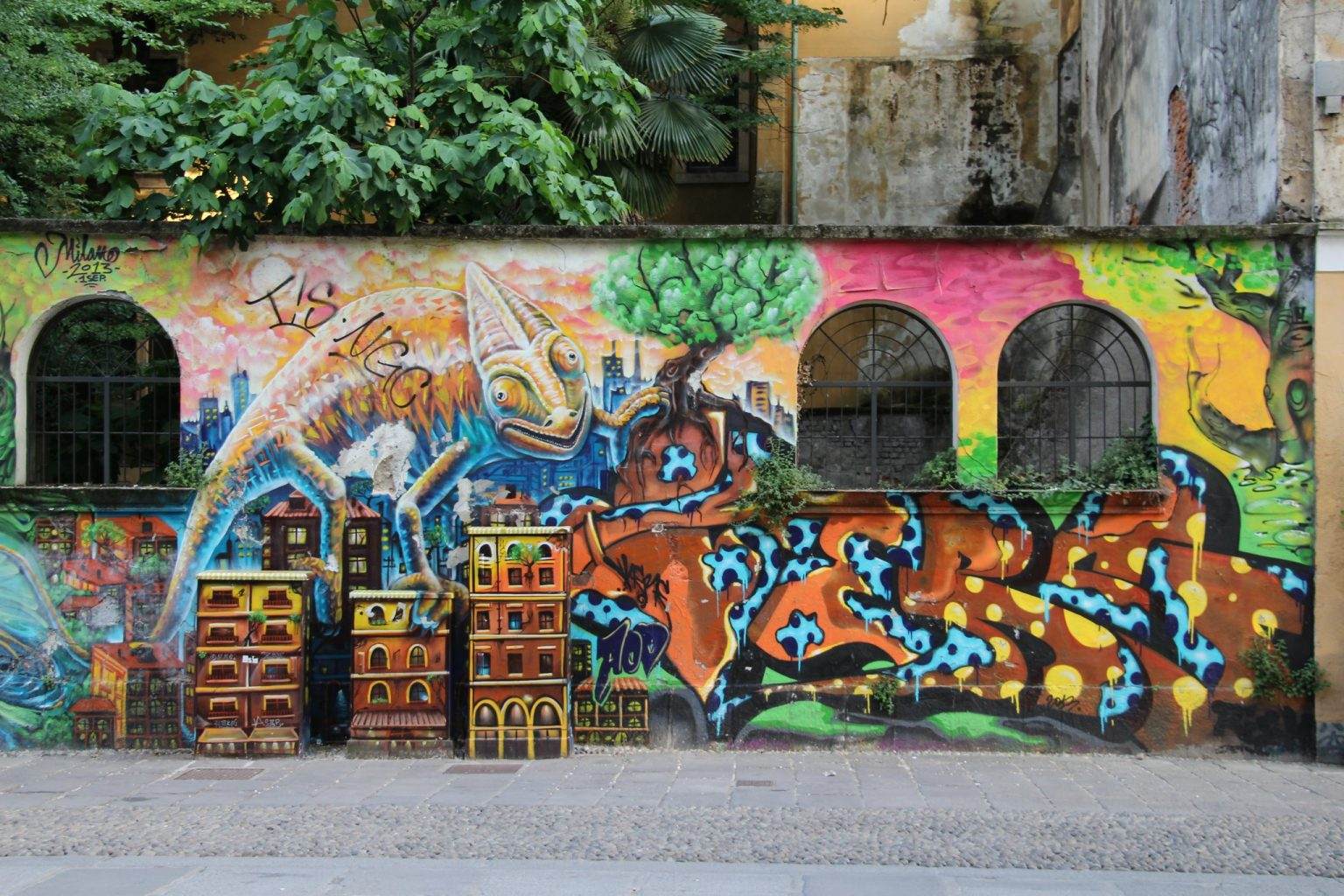 Always as attentive to institutional art as to suburban trailblazers, Milan plays host to all-around creativity, including outdoor art.

Street art has populated the Lombardy capital for at least thirty years, from the first politically-inspired murals by Davide “Atomo” Tinelli, that appeared in the 1980s.

Today it’s the Ticinese area – with its many murals, like those in Corso di Porta Ticinese or Via Vigevano – that is one of the most prolific and creative in graffiti art, but the renovated Isola neighborhood also features fascinating views. Here are the 6 addresses to note for a street art tour that will light up your Instagram account!

The chameleons painted on the walls of the Centro Sociale Zam (Zam Social Center), behind the Basilica di Sant’Eustorgio, enliven the end of Parco Giovanni Paolo II and have become an emblem of the area.

The facade of Istituto Tecnico Pasolini, between Lambrate and Ortica, hosts a work dedicated to the Italian women of the previous century who contributed to women’s rights, from poet Alda Merini to journalist and writer Camilla Cederna.

Dedicated to South African politician and activist Nelson Mandela, the celebratory mural “20 Years of Freedom and Democracy” – a collaborative work of artists Pao Pao, Nais, Orticanoodles and Ivan – colors the walls of the Fabbrica del Vapore.

The Giardino delle Culture, virtuous case of urban regeneration of an abandoned area, hosts “Lost and Found”, the maxi-mural by Millo, artistic moniker of Francesco Camillo Giorgino, followed by a second important work in Via Oroboni.

In the Moscova area, the historic Gucci boutique hosts surprising temporary wallart projects on its walls, delegated to different artists every season.

There is an interesting, brilliantly colored, Instagram-worthy building in the Città Studi area: headquarters of Toilet Paper, the magazine created by Maurizio Cattelan and Pierpaolo Ferrari, it is a single-floored building curiously decorated with hands and lipsticks.