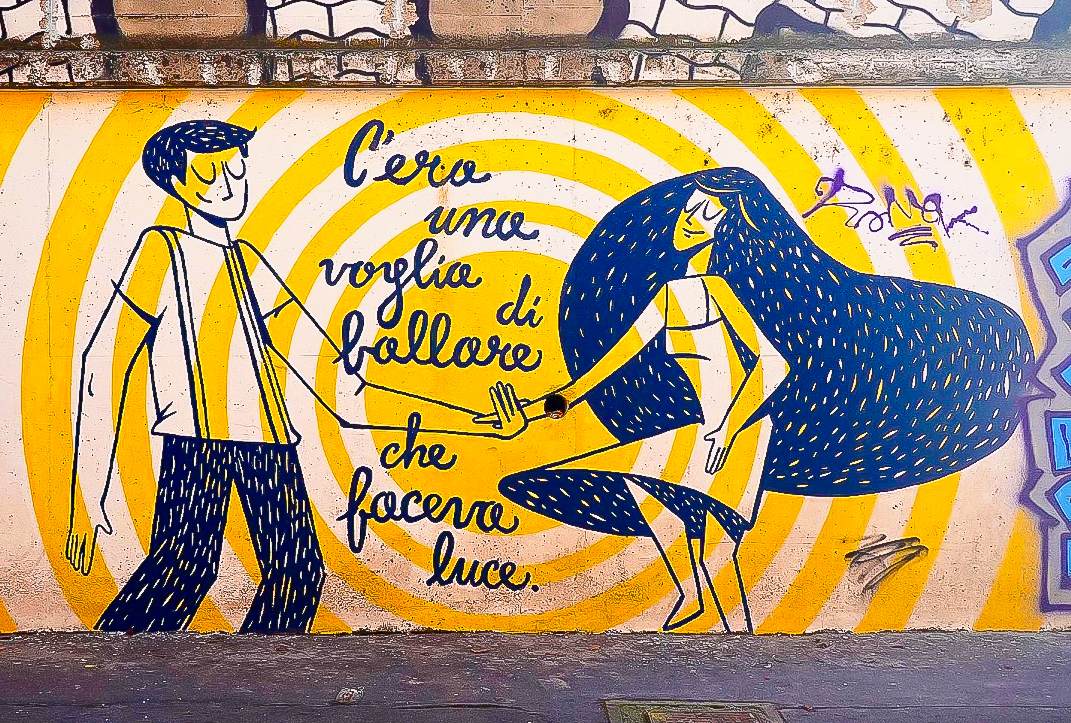 Among the many records that Milan boasts in many categories – production, business, construction, university pull, just to name a few – is also an artistic record that the Lombardy capital points out particularly: it has the first “museum-neighborhood” in the world!

We’re talking about Ortica (also known as Ortiga), where the history of the 1900s is painted all around on the walls of buildings. It’s a narrative using images that reveal to the observer – among the walls of public and private buildings, schools and offices – the stories of the ‘short century’ that have animated the area.

And there’s a record within a record: this area hosts 20 of the largest works of urban art of Italy, commissioned by the “Or.Me – Ortica Memoria” project to restore value and identity to a welcoming and inclusive suburb. Here are the 5 points not to be missed in the new permanent open-air museum of Milan.

From Ornella Vanoni, female Italian artist with the longest career, to Enzo Jannacci, one of the protagonists of the Italian post-war music scene, this mural, with its pastel colors is a tribute to the faces and voices of Milanese in music, in the heart of one of the neighborhoods most attractive to the singer/songwriter. The most inspirational meeting point of musicians was, in the past, the old trattoria “Gatto Nero” (Black Cat), located in Via Ortica, currently rebaptized as Osteria Del Generale.

This painted mural is perhaps the most representative of the entire area, since its name, “ortica”, does not refer to the itch-causing plant, but rather the word “orto” (vegetable garden – location ideal for cultivation) in a zone characterized in the past by its fertile soil. From among colorful flowers and green leaves peek red poppies, symbol of peace and tribute to the victims of the two wars.

In Via Tucidide, at the corner with Via Cavriana, there is a graffito that honors the glories of national and international sport in a city always sensitive to the theme (just imagine that San Siro stadium is unanimously considered the “Scala” of football!). But there’s not only football: the mural depicts many other disciplines, from tennis to skiing and from swimming to boxing, showing legends like Fausto Coppi – nicknamed “l’Airone” (the Heron), the most famous and victorious cyclist from the sport’s golden age – or Muhammad Ali, boxing icon.

“Beauty, Pleasure, Community: why working together makes us stronger and safer”. Among the many laudable projects of the neighborhood, there is also the largest shared garden of Lombardy: San Faustino. Created thanks to the possibility, offered by the Municipality of Milan, of granting the management of unused green spaces to non-profit organizations, it is maintained by 6 associations who have made it an authentic botanical gem. Its interior hosts the Orto d’Oriente (Oriental Garden) with potted plants of Asian origin, a space dedicated to biodiversity and another to the wild fauna, a meadow dedicated to the bees of the Alveari Urbani and a play area for families with dogs (or dogs in search of families).